Salsa is a popular form of social dance that originated in New York City with strong influences from Latin America, particularly Puerto Rico, and Cuba. The movements of salsa have origins in Cuban Son, Cha-cha-cha, Mambo and other dance forms, and the dance, along with the salsa music, originated in the mid-1970s in New York.

The name salsa (mixture) has been described as a dance since the mid-1970s. The use of the term for the dance started in New York. It evolved from earlier Cuban dance forms such as Son, Son Montuno, Cha cha cha and Mambo which were popular in the Caribbean, Latin America and the Latino communities in New York since the 1940s. Salsa, like most music genres has gone through a lot of variation through the years and incorporated elements of Afro-Cuban and Afro-Caribbean dances such as Guaguanco and Pachanga. Different countries of the Caribbean and Latin America have distinct salsa styles of their own, such as Cuban, Colombian, Puerto Rican, L.A. and New York styles.

There is some controversy surrounding the origins of the word salsa. Some claim that it was based on a cry shouted by musicians while they were playing their music. Others believe that the term was created by record labels to better market their music, who chose the word "salsa" because of its spicy and hot connotations. Still others believe the term came about because salsa dancing and music is a mixture of different styles, just like salsa or "sauce" in Latin American countries is a mixture of different ingredients. 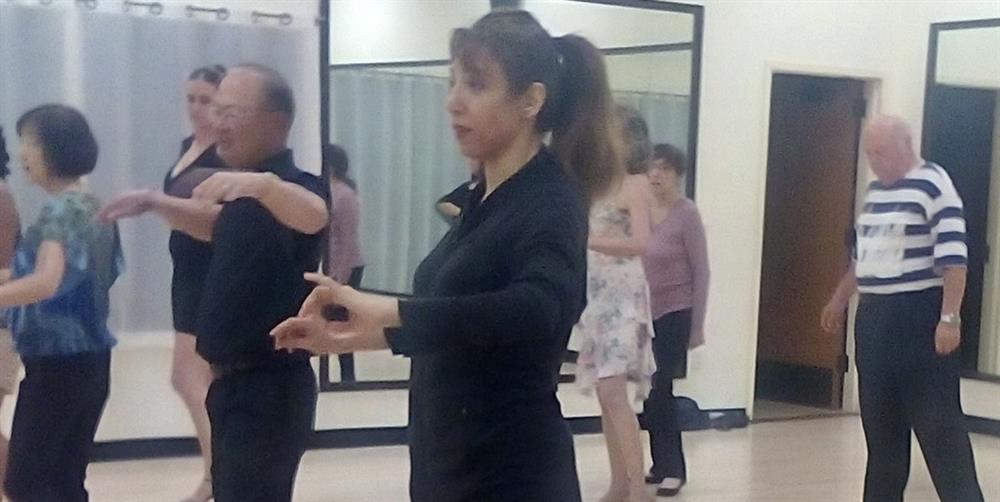 Salsa is most easily defined by its rhythm, based on the Latin beat called the clave. This beat is maintained by various percussion instruments, including wooden sticks, also called claves, which trade rhythms with the vocalist. Salsa is lively, upbeat, and danceable, adding a little sauce to the spice of life.

The two essential elements of this dance are the forward–backward basic step and the cross-body lead. In this pattern, the leader steps forward on 1, steps to the right on 2-3 while turning 90 degrees counter-clockwise (facing to the left), leaving the slot open. The follower then steps straight forward on 5-6 and turns on 7-8, while the leader makes another 90 degrees counter-clockwise and slightly forward, coming back into the slot. After these 8 counts, the leader and follower have exchanged their positions.

Albert Torres, Laura Canellias, Joe Cassini and Francisco Vazquez are credited for the early development and growth of LA Style[citation needed]. Later, such dancers as Alex Da Silva, Edie Lewis, Joby Martinez, Josie Neglia, Johnny and Janette Valenzuela are often credited with developing the LA style of dancing as we know it today.

New York style is danced in an ellipse or a "flat figure 8" on the floor, with the partners facing each other most of the time. Unlike other styles of salsa, New York style is danced on the second beat of the music ("on 2"), and the follower steps forward on the first measure of the music, not the leader. The etiquette of New York Style is strict about remaining in the close dance space, and avoiding traveling dancing in a sandbox area with a lot of spins, turns and styling. There is greater emphasis on performing "shines" in which dancers separate themselves and dance solo with intricate footwork and styling for a time—suspected origins from Swing and New York Tap.

Though he did not create New York style salsa, Eddie Torres is credited with popularizing it, and for having the follower step forward on the second beat of the first measure.

How to learn to dance Salsa.

Is Salsa a good dance for beginners to learn?

We would not recommend Salsa for total beginners. Salsa is a very fast dance, which makes it somewhat more difficult to dance. Steps are not that difficult, however speed of Salsa music complicates things. For beginners we normally recommend starting with Cumbia. It is another Latin dance with simpler steps and slower, easier tempo.

Where can I dance Salsa?

There are several places you can dance Salsa.

You can dance Salsa at Social Ballroom Dances at dance studios near you. At those events a mix of ballroom dances is played. However, since Salsa is so popular in Texas you will find some Salsa songs to can dance to.

There is a variety of Latin bars and clubs in Houston where you can dance Salsa. Some of them have DJ music, others have live bands.

Dance Salsa in your kitchen.

Who said you can’t dance Salsa in your kitchen? It is your own house after all. Play some Salsas while cooking breakfast Sunday morning.  If kitchen is not big enough for your outstanding moves, relocate to living room. Just be careful not to get overly carried away and knock something down.